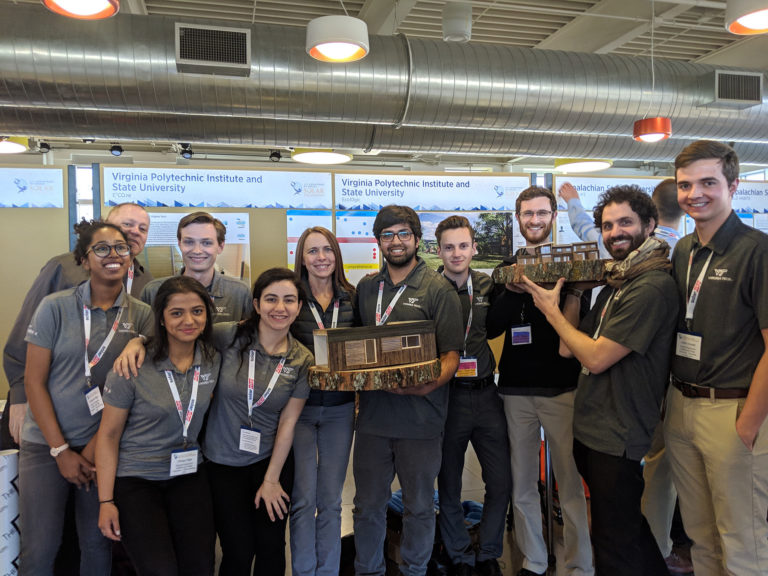 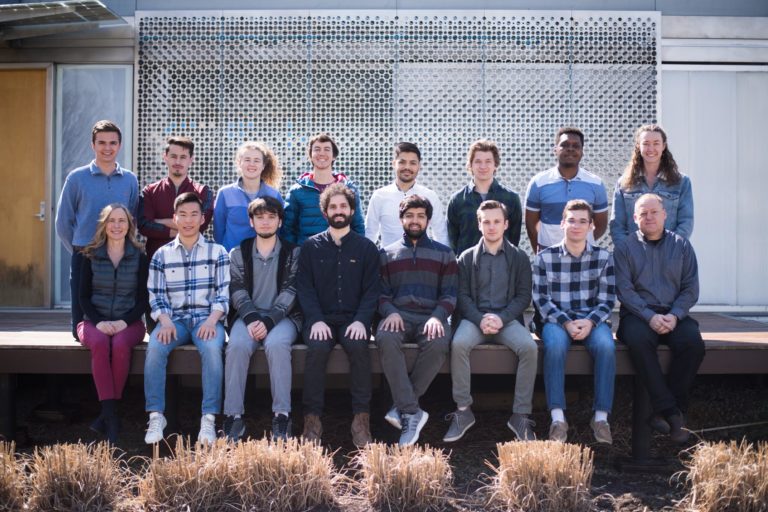 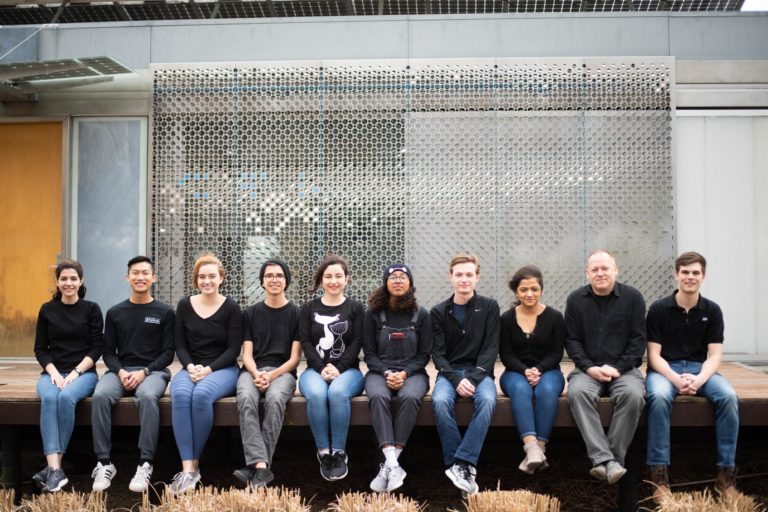 Teams competing in the Solar Decathlon Design Challenge developed creative solutions for real-world issues in the building industry. From originally more than 80 entries, 48 teams were selected as finalists in 6 divisions to attend the Solar Decathlon Design Challenge Weekend, where they presented their designs to a panel of industry expert jurors, compared their projects to those of other teams, learned from presentations by thought leaders and collegiate peers, and engaged with a variety of organizations about energy careers. Virginia Tech competed in two divisions, with the residential design project TreeHAUS in the Attached Housing Division and the commercial project ECO-graphi0 in the Office Building Division.

The teams were guided by faculty advisors Georg Reichard (MLSoC), an Associate Professor in Building Construction, who has led several successful DOE student competition teams in the past, and Deidre Regan (A+D), a Visiting Instructor in Architecture, for whom this was the first involvement in this competition.

TreeHAUS convinced the jury with a vision at the intersection of ecology and technology. They leveraged ecological psychology, the influence of the environment on human behavior, along with digital tools to help our species live more lightly on this earth. TreeHAUS is a net-positive, regenerative attached housing project inspired by the way trees collect and distribute resources in the forest. The goal of the project is to strengthen the surrounding environment and Blacksburg municipality by imagining the house as a cooperative constituent of its contextual ecology. TreeHAUS will harness energy from the sun, harvest water from the rain, and cycle resources and information throughout its community in the same way that plants and trees do in nature. The development is an affordable graduate student housing complex proposed as part of a Live/Work/Learn village at the Virginia Tech Corporate Research Center (VTCRC).

Over the competition weekend at the National Renewable Energy Lab (NREL), the TreeHAUS project quickly emerged as a top competitor and became a central talking point of the competition. In the end, TreeHAUS won not only the Attached Housing division contest itself, but also took home the Grand Prize across all division winners.